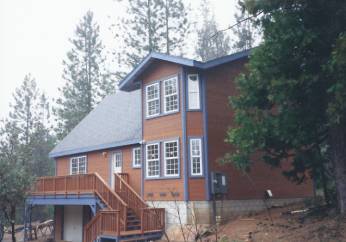 Randy Yuhas learned home building “at his Grandfather’s knee”, building a home for the first time at age 9, and continuing to learn from his grandfather over the next decade.

As a general contractor, Randy became interested in the idea of “kit homes” or “packaged homes” and in 1990 built his first packaged home using the Pacific Modern Homes building system.

He found the panelized building system such an improvement over “stick building”   that he and Bonnie soon became Sierra Home Kits, a licensed Pacific Modern Homes dealer serving Central California.   In addition, Randy has had the privilege of traveling to work on international packages.  He has worked in Japan and Lebanon, in addition to other southwestern states.

Whether you want to build on a city lot, acreage, or a mountain property, we can put our experience to work for you.  We look forward to showing you the advantages of building a kit home.